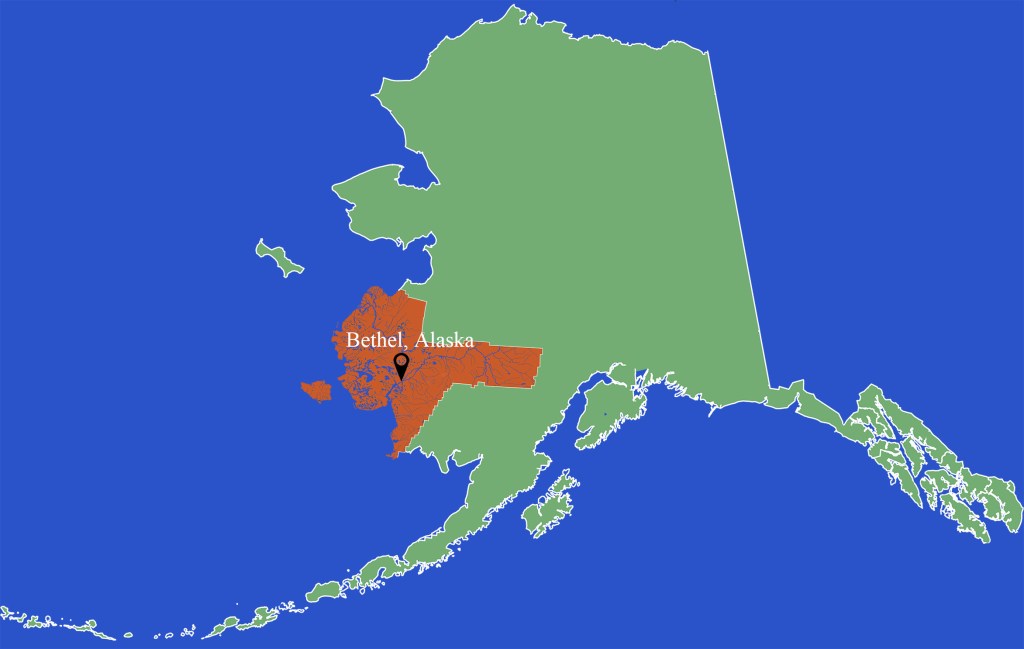 About the Bethel, Alaska Region

The Bethel Family Clinic is located in Bethel, Alaska, which is the largest community in the Kuskokwim River in South West Alaska. It is the homeland of the Yup’ik that they called Mamterilleq, which means “Smokehouse People.”

Bethel/Kusilvak census units cover 87,828 square miles.  The service area consists of a hub city of Bethel and 55 surrounding remote villages which are sparsely populated areas.  Bethel and the Kusilvak census areas have a population of 27,034 per the 2020 United State Census Bureau.

Annual events throughout the year include the Kuskokwim 300 dogsled race; Camai Dance Festival, a Yup’ik dance festival held every spring and the Bethel Fair held in August.

The effort to bring a Community Health Center to Bethel began in 1979 and within two years the Bethel Family Clinic opened its doors in 1981. BFC is a Federally Qualified Health Center which receives HHS funding and has Federal Public Health Service (PHS) deemed status with respect to certain health or health-related claims, including medical malpractice claims, for itself and its covered individuals.

Bethel is a small, remote community and collaboration is a vital aspect of providing quality care. Bethel Family Clinic has made a concerted effort to collaborate with the local tribal health corporation which runs a critical access hospital in Bethel and sub-regional and village clinics in the service area.  BFC works closely with the state public health nurse and State Health Department.

Bethel Family Clinic is in the heart of Bethel, centrally located within walking distance to grocery shopping, schools, gas station and a short drive to the post office.  BFC has only one site located in Bethel where the majority of our services are carried out.  Regular bus service travels around the community making stops where needed and BFC is accessible to this service.  Other services are provided at the local schools, cultural center, and in the area villages at the schools and head start facilities which makes access to our services convenient for our patients in this service area of Alaska.

The Bethel Family Clinic will NOT Refuse anyone based on ability to pay. We offer a Sliding Scale Discount for patients that qualify (see Forms). The Sliding Fee Scale is available and Everyone has the right to complete an application for the Sliding Scale Program. BFC determines the level of the sliding fee qualified based on household size and gross income as per federal guidelines. Written proof (last year’s tax return or last 2 check stubs) of ALL HOUSEHOLD income is to be attached to the application form for members over the age of 18. Household is defined as: all persons who are pooling money, helping each other pay rent, sharing food, and sharing utilities are counted as one family.

Say 'Yes' to your Health